Today I jumped into a very out of print book and by reviewing it, may just be teasing those of you that can’t find it. For that, I am sorry, actually, not really. As a book in itself, Escapo is interesting but really in the end, not fleshed out enough. Paul Pope released this story in the midst of his flurry of production surrounding THB, and it feels like a bit of a throw away side story.

Escapo is a kind of Houdini meets Philip K Dick kind of story. Like most of Pope’s other work, it takes place in barren land with characters of no real discernable level of moral qualities. The art of the story is fantastical full and half page spreads that capture an idea of loneliness that can be found in the story, but I don’t feel it goes far enough with the characters.

Maybe my problem is that I spent more time reading the introduction, than it took to read the comic it self. There is something I find annoying about personality promotion and this book just stinks of it. The book features a prominent full page photo of Pope in his full moody glory. If you fall for his posturing, than maybe I am sounding like a douche, but I really don’t need to read about how cool the creator is. I want to hear about why the creator choose to do the work, not that he had his photo taken by someone that took a photo of Mick Jagger. The THB manifesto segment is interesting, but makes him seem more corporatist than iconoclastic.I guess what i am saying, is save your money. If you are desperate for some Pope, and have all his DC work, track down a THB. It will be way less expensive, and alot more fun. This book has its interesting moments, but is not in the required reading section. 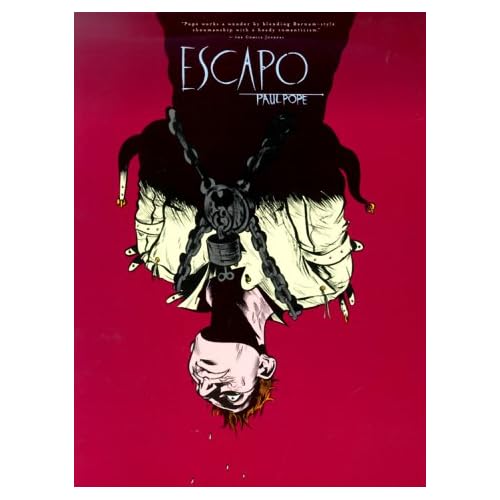